As I write this, there are some apprehensions going through my mind: What would my friends say? Things might get awkward. People might think I am crazy. But then I thought, people’s reactions or opinions do not define who I am. Despite being aware that I am outspoken, I do not understand what it is I should really be afraid of.

I was diagnosed with clinical depression in December 2015, although the psychological test from my second psychiatrist in February 2016 says I am bipolar-depressive. I have this mental illness that most of the people I know are too surprised to learn. It was never obvious as I recieved feedbacks such as ”You’re the happiest person I know!” and “Are you sure?” It is something that puts people on edge, and that’s okay. Anyone can be depressed, and I mean anyone — your mom, your dad, your professor, your sibling, your best friend, or your partner. It really is a scary reality.

Prior to my psychiatrist’s diagnosis, I was already certain that what I was experiencing was serious. Despite being a high-functioning individual in school and organizations, I was not so enthusiastic. Both sadness and emptiness made me resort to self-harm. Eventually, I told my parents about my suicidal thoughts and my sudden crying spells, prompting my father to search online for a psychiatrist to put us at ease. I was not in any way reluctant about consulting anyone as I was really eager to be happy again. After learning the results of the assessment, I actually felt relieved because I could no longer endure what was really going on. I would rather have an answer than search blindly in the dark.

Until now, there are mornings when everything seems dull and I cannot find the motivation to get up and face the world. Needless to say, I try to show myself that I can do better day after day.

Once, a friend of mine asked me how I could still be positive. I replied, “I try. I force myself to try.” It’s never easy to have thoughts of being worthless, useless, burdensome, and weak despite the fact that nobody ever really says that about me. One time, I told myself I would rather have a physical illness because then it would manifest outwardly. I would have something concrete to fight, but if you’re up against a mental illness, giving up seems to become the best option.

I am lucky I have my family, my friends, and my psychiatrist to give me a reason to live another day. Really, mental illness is something I would not wish on my worst enemy. Every day is a battle and it took me so long to make myself believe, no matter how ridiculous or absurd this may sound, that it is the twist in my life. I later realized that my depression is there for a reason, especially when people I love open up about their own problems. I learned to listen better because I know what it was like to not have someone listen to you. My friends say that they feel comfortable opening up to me for I know how to empathize and just listen without any judgement.

Amid all the struggles, I know that by merely breathing, I put my mom’s heart at ease. By greeting people, I put a smile on their face. By doing well in my academics, I give myself a chance to become a professional who can help more people in the future. These are little things I do both for others and myself because these make me want to live. 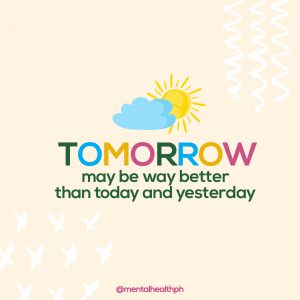 better days are coming 🌻🙏 #MentalHealthPH #Selflove #RecoverTogether Art by Nicole Ivanka How do you feel about this? 0% 67% 0% 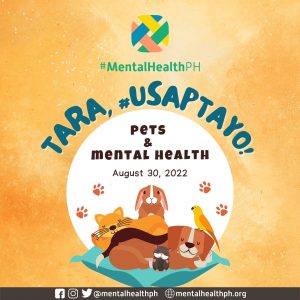 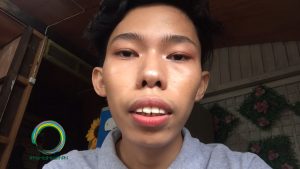 #Voices of Hope: The Dark Shadows

My name is Megan. I’m 22 years old. I’ve been living with Bipolar 2 disorder for ten years. I was