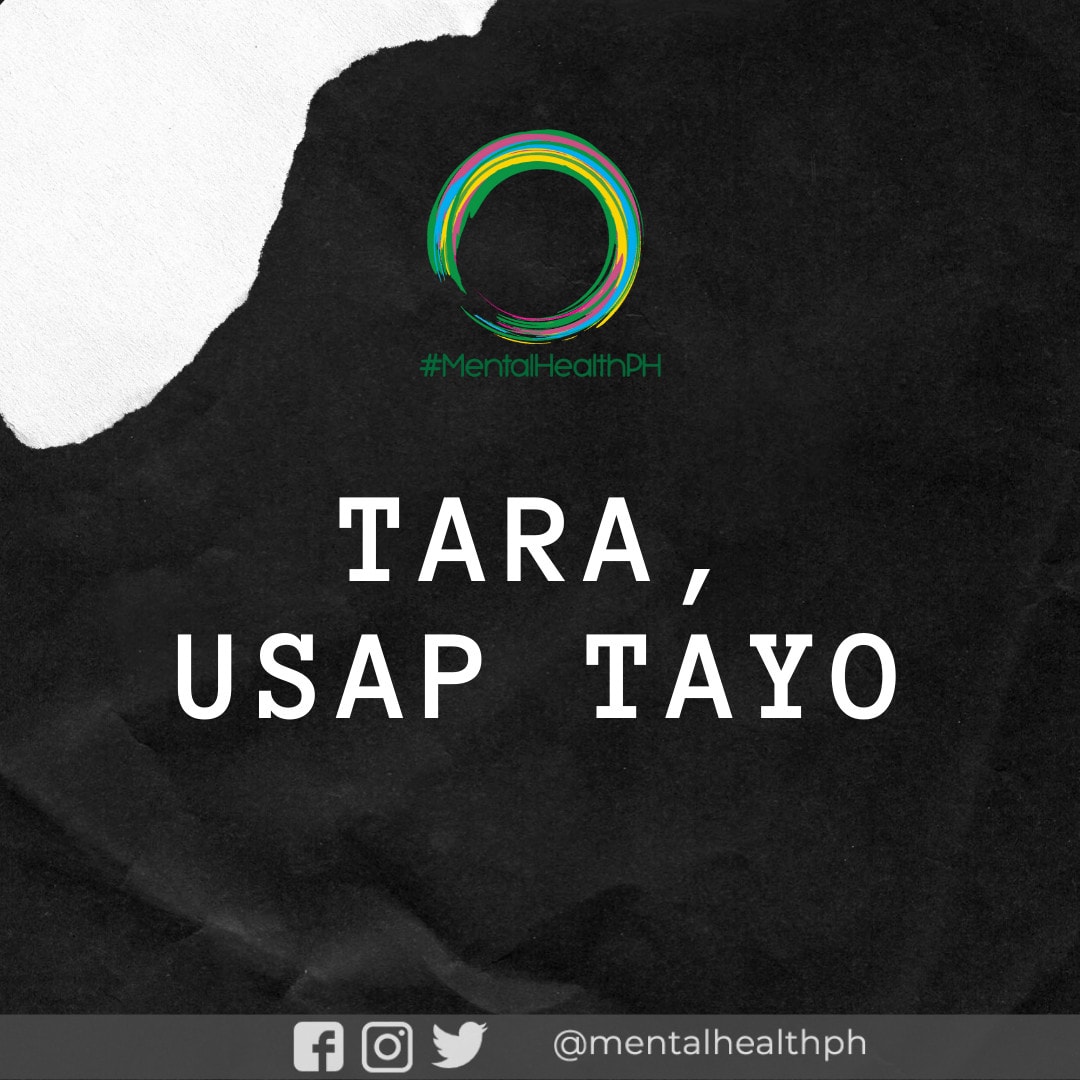 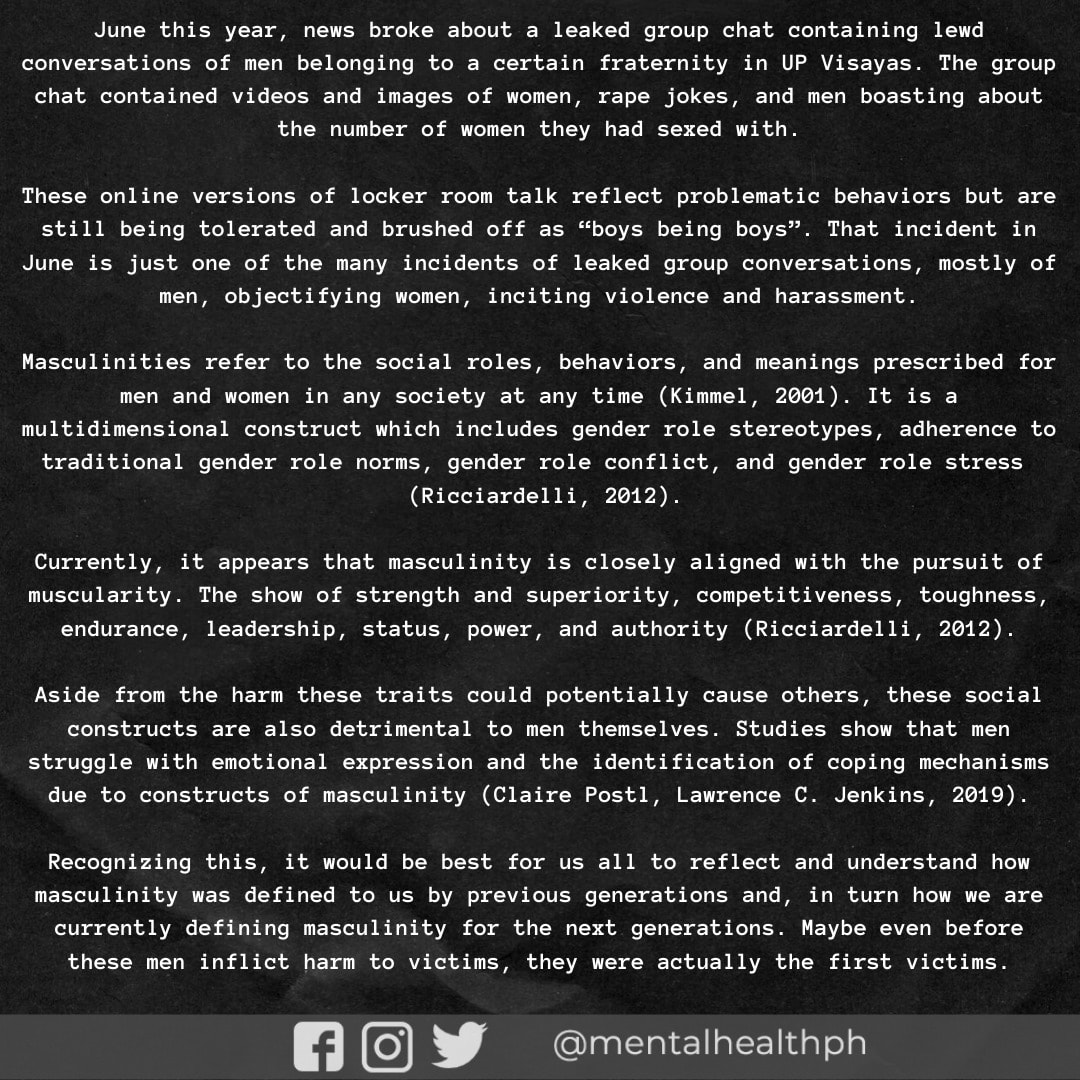 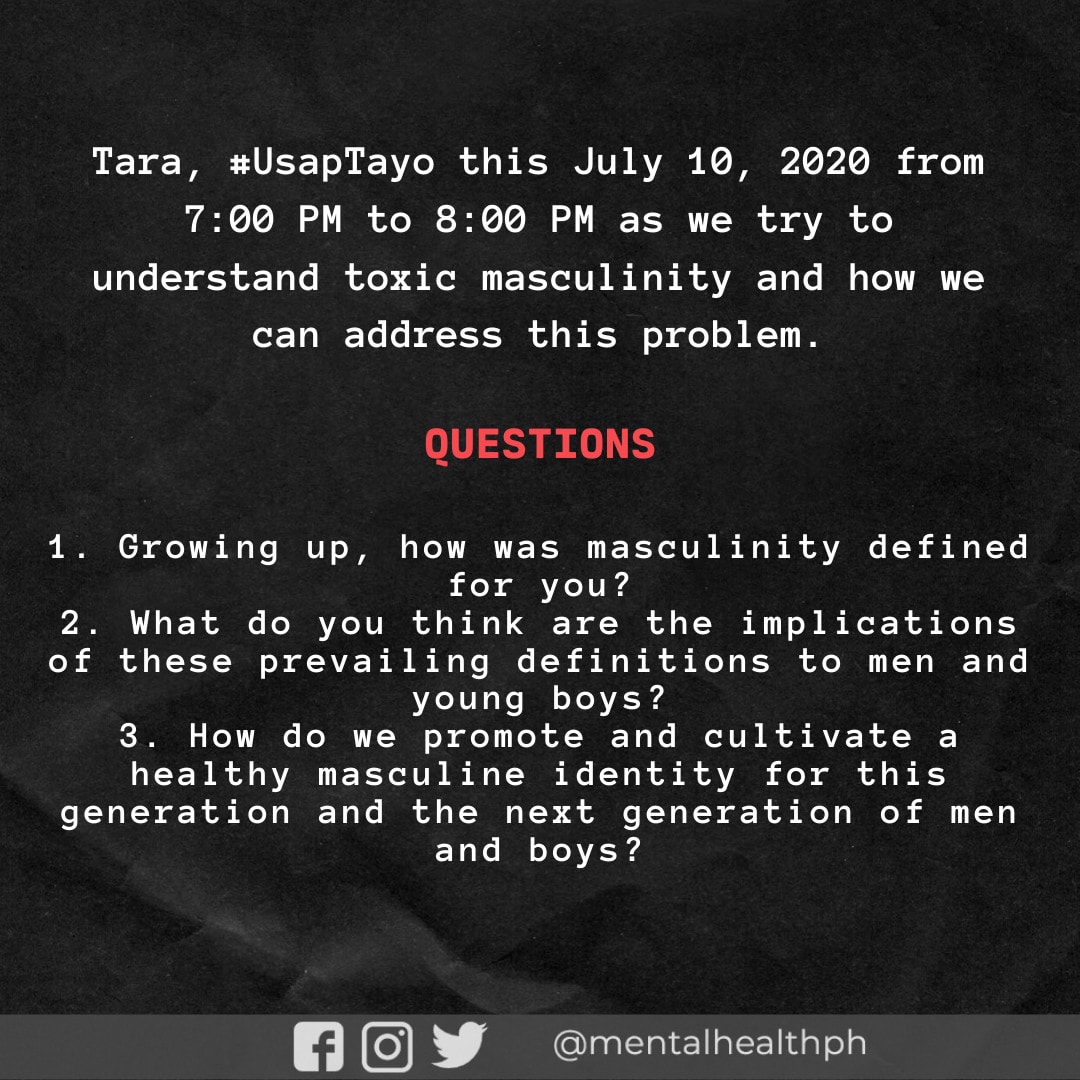 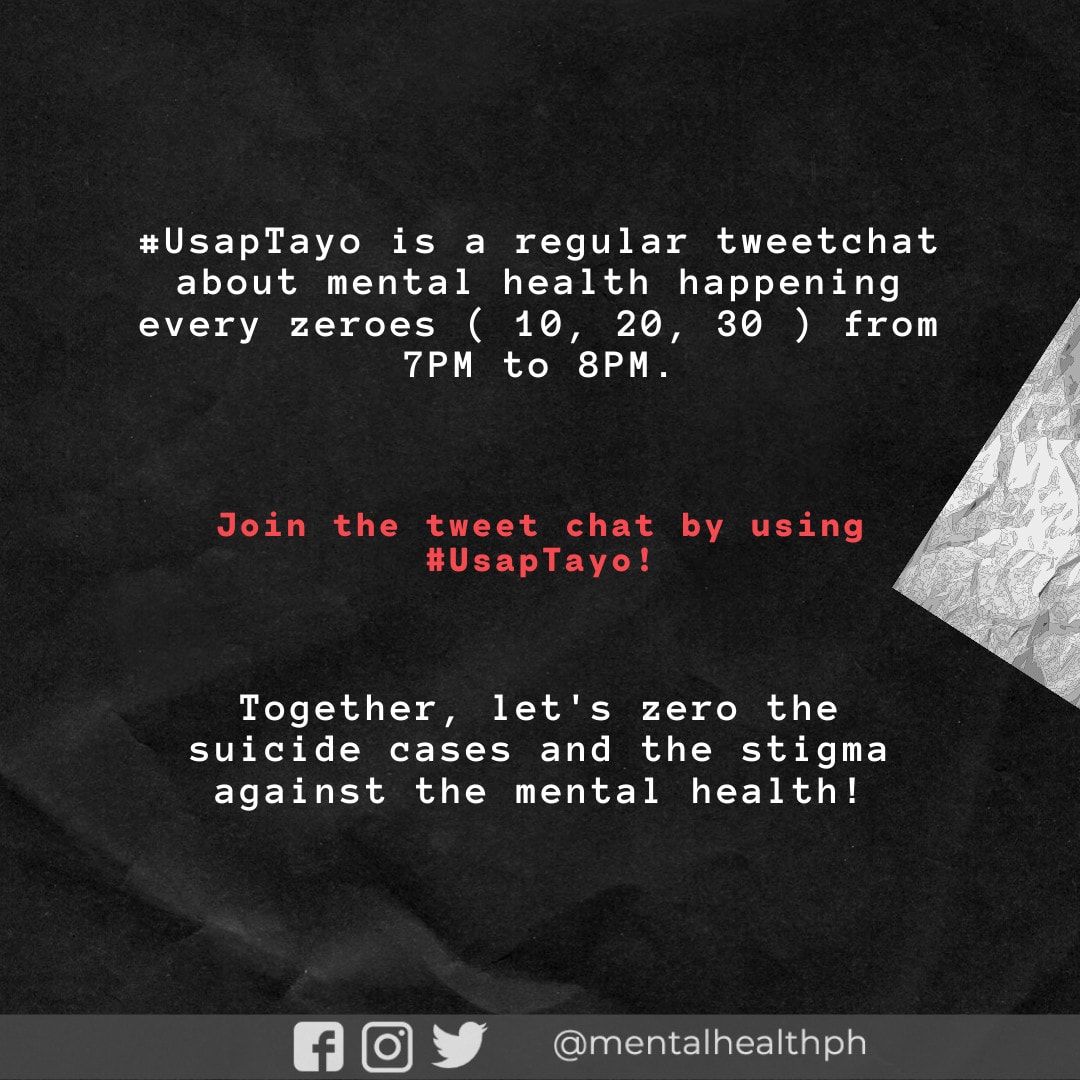 June this year, news broke about a leaked group chat containing lewd conversations of men belonging to a certain fraternity in UP Visayas. The group chat contained videos and images of women, rape jokes, and men boasting about the number of women they had sexed with.

These online versions of locker room talk reflect problematic behaviors but are still being tolerated and brushed off as “boys being boys”. That incident in June is just one of the many incidents of leaked group conversations, mostly of men, objectifying women, inciting violence and harassment.

Masculinities refer to the social roles, behaviors, and meanings prescribed for men and women in any society at any time (Kimmel, 2001). It is a multidimensional construct which includes gender role stereotypes, adherence to traditional gender role norms, gender role conflict, and gender role stress (Ricciardelli, 2012).

Currently, it appears that masculinity is closely aligned with the pursuit of muscularity. The show of strength and superiority, competitiveness, toughness, endurance, leadership, status, power, and authority (Ricciardelli, 2012).

Aside from the harm these traits could potentially cause others, these social constructs are also detrimental to men themselves. Studies show that men struggle with emotional expression and the identification of coping mechanisms due to constructs of masculinity (Claire Postl, Lawrence C. Jenkins, 2019).

Recognizing this, it would be best for us all to reflect and understand how masculinity was defined to us by previous generations and, in turn how we are currently defining masculinity for the next generations. Maybe even before these men inflict harm to victims, they were actually the first victims.

Tara, #UsapTayo this July 10, from 7pm to 8pm, as we try to understand toxic masculinity and how we can address this problem.

To be a nurse is a noble job, but there are not many good opportunities for practicing nurses in the 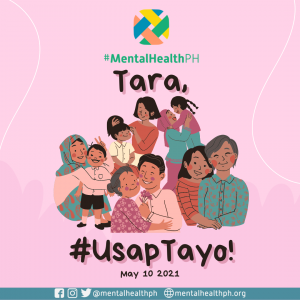 Growing Strong: senior citizens & their mental health in the Philippines 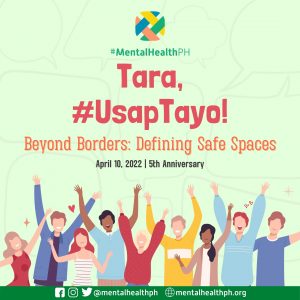 Beyond Borders – Sustain the Comfort, Narrow the Gap 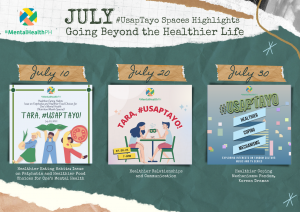 Going Beyond the Healthier Life: A Spaces Featured Article