Home » Blog » #VoicesOfHope: Meant for Me 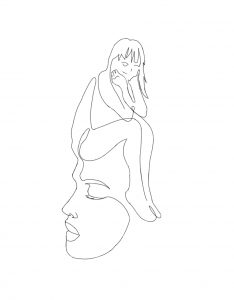 This is a heartbreak story.

No, not the kind of story that you’re thinking of.

For most people, a failed romance is the one that hurts the most but mine was a lost friendship. Let me start from the beginning.

Six years ago, in high school, I met someone that eventually became my best friend. We were the kind of friends that were polar opposites but clicked like a switch. You know how magnets are, right? Even if I was quiet and she was loud, opposite poles attract. My god, she was loved by many. She was selfless and I adored her because of that. She was also brave. She had the courage to stand up for herself and for the people that she cared about, including me. We were more than best friends; we treated each other like sisters.

Uneventfully, upon entering senior high school, we parted ways. She left the school and I remained. I gained new friends and so did she. I slowly eased into this new scenario and slowly enjoyed the life I was living. But when I thought everything was okay, things started to unfold. As it turned out, life was not how I expected and wanted it to be.

All of a sudden, she sent me a message. I was glad that she did because we were both busy living our lives. We haven’t contacted each other in a while so I got excited to talk to her. She told me what was happening in her life and that she had been talking to someone that likes her. I cheered for her; she deserved to be loved. Aren’t best friends supposed to cheer for one another?

But, why? Why did it take her that long? Was it so hard to spend a minute to type and ask, “How are you?” We waited long enough that it scarred us both. After meeting new people, we thought we were fine without each other but we were the best of friends. We let our pride get in the way of friendship. On her end, she apparently heard rumors about me that she believed. I knew what it was but I didn’t reach out to her. I should have before the news came flying to her like a paper. But, as I was preparing to tell my side of the story, she brought it up. My best friend told me that she wasn’t mad but our conversation went downhill. I couldn’t get a grip; I couldn’t catch up. I tried to apologize but I became off-tracked. I tried to compose myself to explain but it was too late.

A few days later, I tried to contact her again to explain.. but her ears were shut. I knew, right then, that we were experiencing the peak of testing of our friendship. So although I was hurting, I gave her the space and time that she needed. I knew that I was at fault and I could not force her to talk to me. I waited and waited, but when I tried again, she didn’t even bother to listen. I felt blocked like I’d hit a wall. I tried to persistently pursue her. But eventually, exhaustion caught up. I got tired of chasing an impossible race.

She and I. Me and her. That was what we were before. There was always an “and”. We were connected like cords closely knitted together. But, we took different paths down the crossroad. Our lives became poles apart from before. There was no “and” any longer and I was faced with a dead end. She left as fast as she could with questions in mind. And, I was left at the same place with questions unanswered.

The moment I realized our friendship was really over, I let her go. There is no way we will cross again, at least, not in this way. Life is a journey of ups and downs, of coming and going. People come and go. So, I gritted my teeth and bore with it.

I grieve what was lost but I rejoice all the memories we had.
I grieve what could have been yet, I celebrate all the had-beens.
Maybe, we’ll have our time. Maybe, we won’t. Only God knows.
For now, I will keep our memories etched in the deepest recesses of my heart so that someday, when I look back, I will be grateful that you fell into my life at a time.

It made me glad and content that in the process of losing everyone, I found myself. As I traced back to the track, I became at ease with the sound of my footsteps. As I slowed down from running, I started to enjoy breathing in the fresh air. As I stopped looking after your shadow, I realized the beauty of my own. And as I ceased walking towards you, I began to walk towards myself.. towards my own journey.. towards my own path.

When life separated me from people who weren’t for me, it pushed me to be in-tuned with the sound of my own heartbeat. This is what I learned from losing people: What was and is meant for me is myself. No one else but myself. I am my own completion. When I lost people, I won myself. And, that is the greatest prize I could ever wish for. 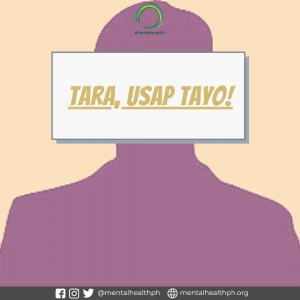 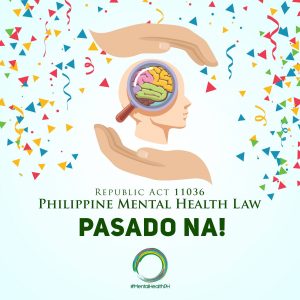 The #MentalHealthPH community is one with the Filipino people as today, we made a historic leap in enacting the first 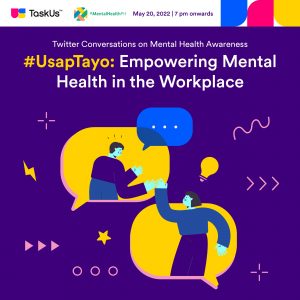 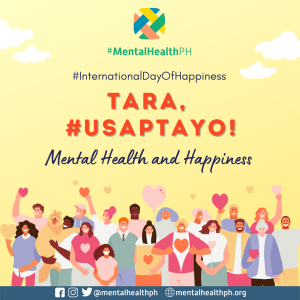