Visibility refers to seeing ourselves and others different from ourselves represented in the community, and in society at large [1]. Being visible impacts an individual and, on a larger scale, a minority’s sense of self, their mental health, and even an individual’s sense of belonging in their community. Minorities and members of vulnerable communities, including LGBTQIA+ Filipinos benefit from seeing themselves in media by developing a sense of affirmation of their identity [2]. Visibility facilitates “an important shift in the social consciousness to include people from a range of different backgrounds” [2].

The Nielsen Being Seen on Screen: Diverse Representation and Inclusion on TV collected data from 300 of the most viewed programs in 2019 on cable channels, broadcasts, and via subscription video on demand (SVOD) to describe the state of accurate and sustained representation in American media. Among this report’s findings is the improved cast diversity of the programs surveyed. According to the data, 92% of these programs reported the presence of diversity. Overall, access to accurate representation bolsters visibility and “helps people feel empowered and learn about those who are different” [3]. However, the same Nielsen report states that the context in which diverse people on screen are presented “can be among the most influential factors in developing our personal attitudes and beliefs” [3]. The push for greater acceptance is therefore the impact and outcome of greater visibility in different media formats and genres, and greater systemic, institutional, and political support.

Where are we looking?

For members of the LGBTQIA+ community, the recent shift in focus on diverse casts, and more inclusive programming, has resulted in a net increase in mainstream representation. Unfortunately, the Nielsen report also found that the development of LGBT storylines and characters outpace the rate at which LGBTQIA+ actors are hired. Nielsen also reported that LGBTQIA+ women are most strongly represented in Reality, News, and Comedy programs while LGBTQIA+ men are most represented in Horror, Science Fiction, and Comedy shows. The outcome of this kind of unevenness in representation across all genres and programming can affect the identity formation and social perceptions of LGBTQIA+ individuals and the community, as a whole. According to Nielsen, the “quality of representation matters too. The themes and narratives depicted onscreen can contribute to identity formation and social perceptions” [3].

Locally, the challenge of increasing visibility is compounded by many factors, including systemic homophobia and the fear of being typecast in queer roles [4]. In 2021, the Philippine Star published Chuck Smith’s article on the importance and challenges of queer representation in national media, according to gay creators. In the Philippines, according to Smith, “the call for queer actors to play queer roles in the Philippine media has been loud and frequent lately, perhaps due to the number of queer shows that were released [in 2020]” [4]. The article cited Boys Love shows such as Hello, Stranger and Gameboys, which are headlined by straight-identifying actors. For Perci Intalan and The Idea First Company (TFIC), the challenge of casting films and shows featuring queer themes and characters boils down to which actor is right for the role “whether straight, whether gay” [4].

The United Nations Development Programme (UNDP) and USAID’s 2014 report Being LGBT in Asia: the Philippines Country Report includes an in-depth analysis of eight sectors or areas – including media, education, and politics – to describe the experience of LGBTQIA+ Filipinos in the Philippines. The UNDP recommended strengthening representation in mainstream media by developing an LGBTQIA+ advocacy plan, as well as reporting anti-LGBT shows to the Movie and Television Review and Classification Board (MTRCB), as well as to create a network of LGBTQIA+ media practitioners [5]. The UNDP report also recommended establishing a media watchdog to promote SOGIE-sensitivity among media practitioners. In 2022, these recommendations remain valuable actionable points to unify, strengthen, and promote the visibility of queer-produced, queer-supportive, and responsive shows.

The UNDP study also emphasized the value of new media – social networking sites, microblogging platforms, and other platforms – as tools to promote LGBTQIA+ rights [5]. In 2022, LGBTQIA+ Rights and Activist organizations like UP Babaylan, Metro Manila Pride, LakanBini Advocates Pilipinas, Inc., and LoveYourself are among the most recognizable organizations with empowered communities that continue to push for more progressive representation and increased visibility.

Outside of the media

As we celebrate Pride, the push for sustained representation for LGBTQIA+ Filipinos continues. The movement calling for increased visibility had been part of the history of LGBTQIA+ activism in the Philippines since the 1980s, during which the Filipina Lesbian community fought to be visible in public [6]. The tradition of the June Pride March is also an exercise in promoting awareness, visibility, and representation as much as it is a showcase of Filipino LGBTQIA+ pride; the first LGBTQIA+ Pride March organized by the Progressive Organization of Gays in the Philippines (PROGAY Philippines) and the Metropolitan Community Church (MCC) Manila was held on June 26, 1994 [6].

In 2022, fighting for inclusivity also means encouraging LGBTQIA+ Filipinos to push for representation in different areas, and at different levels: by running for public office, through grassroots organizations, and through pushing to enact policies that protect against SOGIE-based discrimination [5].

A more progressive agenda will also critically appraise the current ecosystem that drives visibility to point out gaps in LGBTQIA+ representation. According to the GLAAD Visibility Project, “conversations around LBTQIA+ inclusion focus on the representation of gay and lesbian people. There is significantly less comfort and emphasis on including representation of bisexual people, trans people, and gender non-conforming and non-binary people” [7]. Outrage Magazine, the partner LGBTQIA+ publication of the Bahaghari Center, features stories of the “common LGBTQIA people” through #KaraniwangLGBT. Photographer Michael David’s photo campaign featured LGBTQIA Filipinos who are also Moro, sex workers, church workers, HIV advocates, differently-abled or PWDs, members of Lumad communities, contractual workers, homeless, and victims of domestic abuse, among others [8].

The challenge before mainstream Filipino representation is to widen the catchment and to push to include Filipinos of every color. This June 20 as we celebrate Pride, let’s also celebrate each other, and boost each other’s visibility. Tara, #UsapTayo! 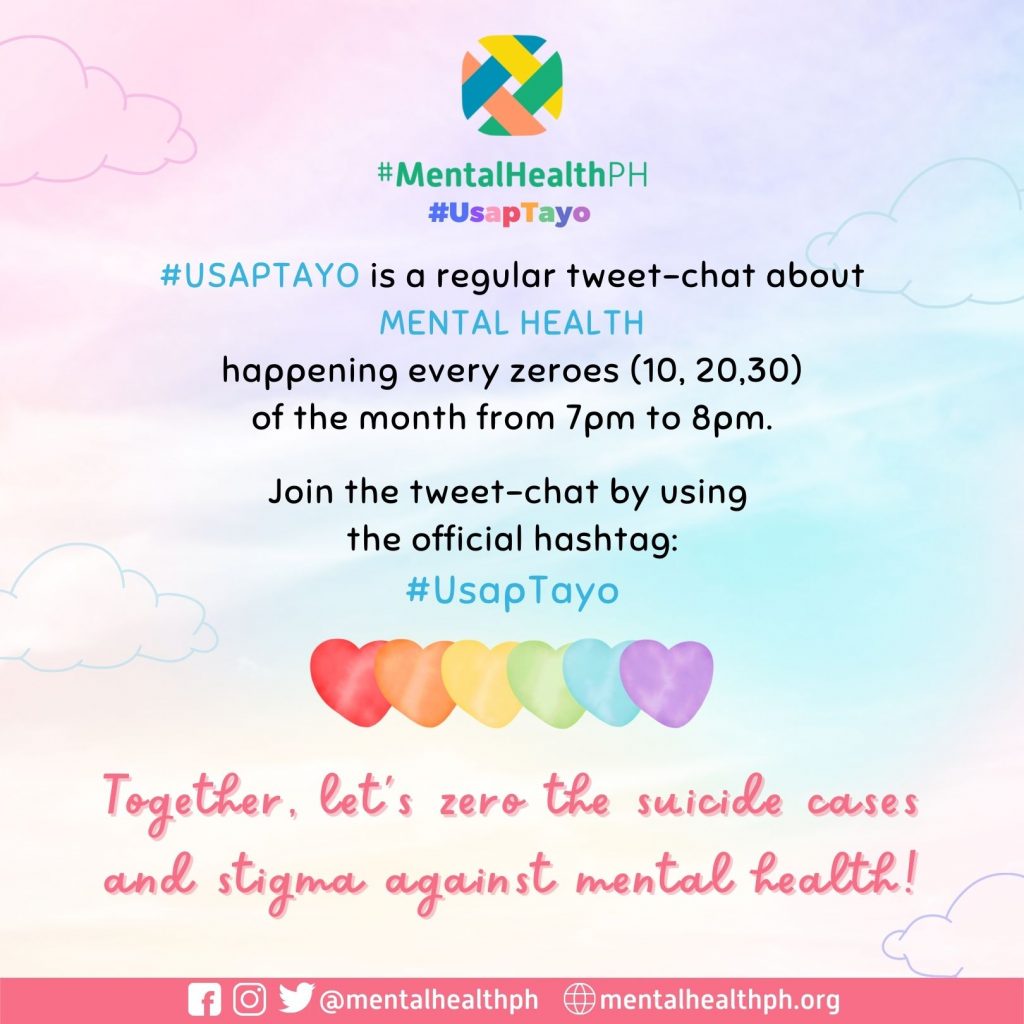 For members of the Filipino LGBTQIA+ Community, tweet a gif or image of your favorite LGBTQIA character from a local show or book series!

For allies: let’s echo and boost these characters! 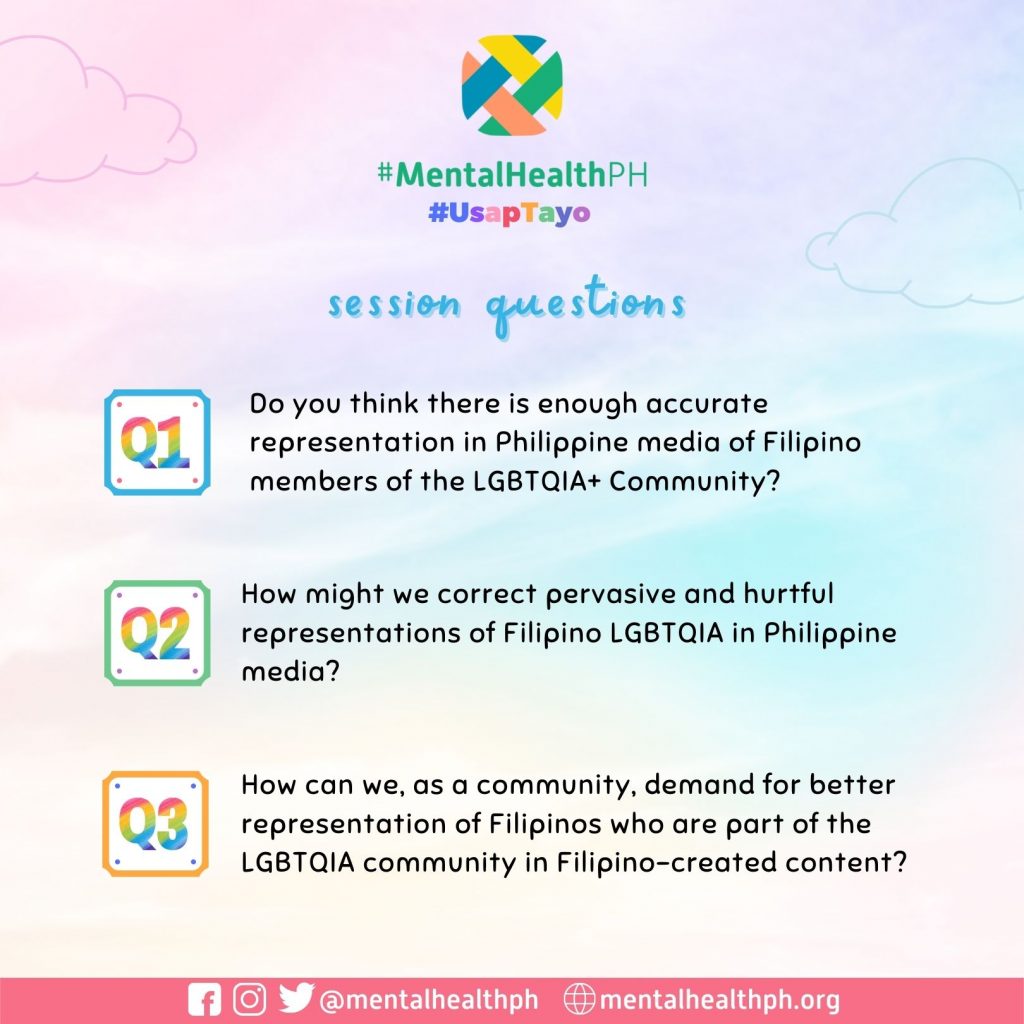 [3] Being seen on screen: Diverse representation and inclusion on TV. Nielsen. (2020, February 12). Retrieved June 19, 2022, from https://www.nielsen.com/us/en/insights/report/2020/being-seen-on-screen-diverse-representation-and-inclusion-on-tv/

[4] Smith, C. (2021, March 1). The importance and challenges of queer representation in ph media, according to Gay Creators. l!fe • The Philippine Star. Retrieved June 19, 2022, from https://philstarlife.com/geeky/765077-queer-representation-in-ph-media-important-but-tricky

[6]  The history of LGBTQ+ visibility in the Philippines. LoveYourself Inc. (2020, December 30). Retrieved June 19, 2022, from https://loveyourself.ph/the-history-of-lgbtq-visibility-in-the-philippines/

[8] Center, B. (2020, May 15). #karaniwanglgbt: Photos from the fringes of the rainbow. Bahaghari Center. Retrieved June 19, 2022, from https://bahagharicenter.org/karaniwanglgbt-photos-from-the-fringes-of-the-rainbow/ 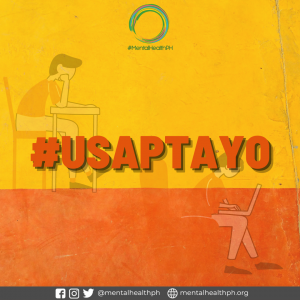 Taking Exams during the Pandemic

#VoicesOfHope: Never Impossible to Fix Yourself

Ever since I was a kid, I was bigger compared to others my age. I got even bigger when I 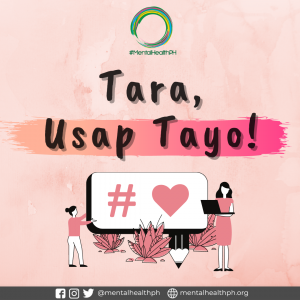 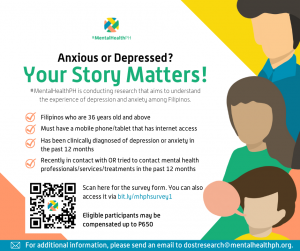 Help us understand your experience of depression and anxiety, your story matters!