Home » Blog » PRIDE IS IMPORTANT! 🏳️‍🌈 How to be proud: Examining Mental Health Struggles for Trans and Nonbinary Filipinos 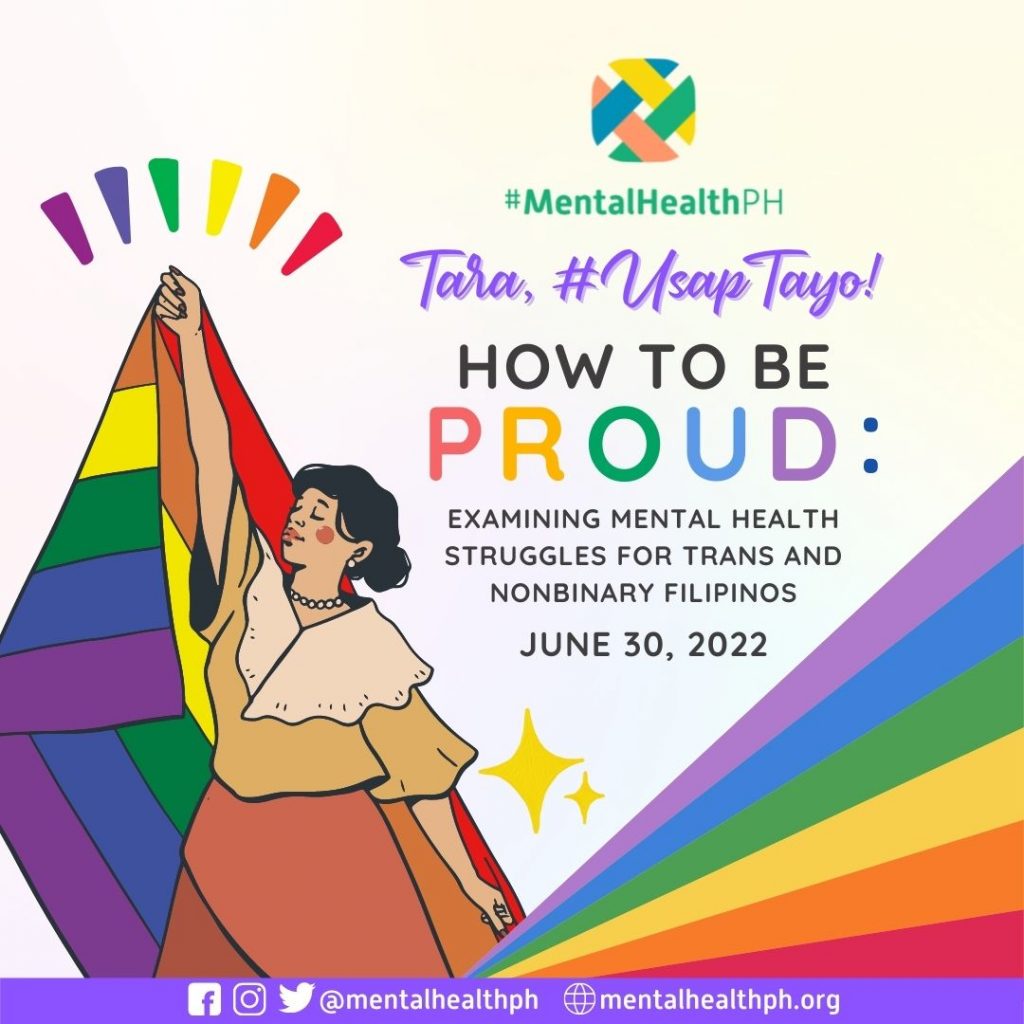 The Psychological Association of the Philippines (PAP) LGBT Psychology Special Interest Group (SIG) shared this post in their page last June 04, in celebration of Pride Month and with full recognition of the realities that members of the community still face, to this day and age [4]. 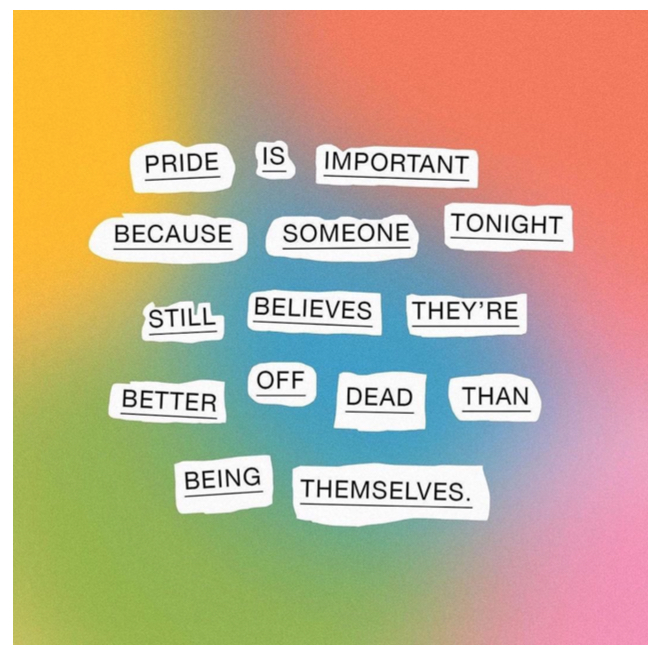 In the Philippines, despite the movement growing loud and proud throughout the years, Pride continues to be a protest still.

The 2014 Being LGBT in Asia: The Philippines Country Report by the UNDP and the USAID highlighted the social and political challenges that LGBT communities and the LGBT movement continue to struggle with. This included (1) the lack of an umbrella organization, (2) the lack of understanding within the LGBT community about SOGIE concepts, and (3) a lack of unity due in part because of class differences [7].

The report also underscored the complexity of Filipino cultural and social attitudes towards LGBT. Signs of acceptance, particularly among the young, are accompanied by questions whether this form of acceptance is based on LGBT Filipinos conforming to stereotypes and occupational niches given the LGBT representation on television and other electronic media [7].

The same report also pointed to religion as playing a major role in the lives of LGBT Filipinos, especially with the very strong influence of the Roman Catholic Church on the national identity. The report focused on hope in the movement as a survey suggests that Filipinos are generally accepting of LGBT people, despite opposition by the church and anti-discrimination attitudes that influence public policy  [7].

In a 2020 statement, the PAP expressed its support and alignment with the global initiatives to remove the stigma of mental illness that has long been associated with diverse sexualities and to promote the wellbeing of LGBT people. The organization even called upon its members to live by the PAP Code of Ethics to recognize the unique worth and inherent dignity of all human beings, and to respect the diversity among persons and peoples [5].

Some parts of the statement say:

“Lesbian, gay, bisexual, and transgender (LGBT) Filipinos continue to experience stigma, prejudice, and discrimination in Philippine society. This stigma is manifested in actions such as: bullying, teasing, and harassment of LGBT children and adolescents in families, schools, and communities; media portrayal of LGBTs as frivolous, untrustworthy, and even dangerous or predatory; denying transgender Filipinos entry into commercial establishments; pigeonholing LGBT Filipinos into particularly limited roles and occupations; or curtailing their rights to participate in the political sphere [5].

LGBT Filipinos often confront social pressures to hide, suppress or even attempt to change their identities and expressions as conditions for their social acceptance and enjoyment of rights. Although many LGBTs learn to cope with this social stigma, these experiences can cause serious psychological distress, including immediate consequences such as fear, sadness, alienation, anger, and internalized stigma (Hatzenbuehler, 2009; Meyer, 2003). This anti-LGBT prejudice and discrimination tend to be based on a rhetoric of moral condemnation and are fueled by ignorance or unfounded beliefs associating these gender expressions and sexual orientations with psychopathology or maladjustment [5].

LGBT youths have the same developmental needs as the general population. In a compilation study by Lothwell et.al from the Journal of Lifelong Learning in Psychiatry, they posited that, although most LGBT youths cope well and are free from mental illness, they are at increased risk for a number of psychiatric and other health problems compared with the general population. These problems include depression, anxiety, suicidality, tobacco and substance use, and disordered eating [3].

Results of the study revealed that individuals exposed to negative reactions about their gender or sexual identity from peers, family, or society are at increased risk for psychological distress. Most of the distress is seen as rooted on and made more complex by:

Extending the scope to the immediate families and communities of LGBT individuals, it is seen how it is best to be able to create avenues and safe spaces where groups can healthily discuss the still taboo topics of sexual orientation, gender expression, and gender identity. And the experts suggest that the best time to have these conversations is in adolescence where an individual is exploring more about his or her sexuality and needs the most support.

The cross-sectional national survey of LGBTQ youth across the United States, that included 34,000 respondents, had the following findings:

The DSM V-TR also provides data on the association of suicidality to mental health issues and concerns of transgender and nonbinary individuals. The manual reports that the rates of suicidality and suicide attempts for transgender individuals range from 30% to 80%, with risk factors including past maltreatment, gender victimization, depression, substance abuse, and younger age [1].

The manual included a study of 572 children referred for gender identity concerns in Canada. Compared to several groups (siblings, other referred children, and non-referred children) largely from other high-income countries, it was found that gender-referred children were 8.6 times more likely to self-harm or attempt suicide than the other comparison groups. This was even after adjustment for overall behavior and peer relationship problems, particularly in the second half of childhood. Among adolescents, the highest rate of suicide attempts is among transgender young men, followed by those defining themselves as neither male nor female [1].

The DSM V-TR also talks about gender nonconformity and how it may appear at all ages after the first 2–3 years of childhood. In older children, gender nonconformity may affect peer relationships and may lead to isolation from peer groups and to distress, especially when growing up in non-supportive and non-accepting environments [1].

It noted many experiences of children such as teasing and harassment, or pressure to dress in attire associated with their birth-assigned sex. In adolescents and adults, the DSM identified distress resulting from gender incongruence that often interferes with daily activities. Relationship difficulties, including sexual relationship problems, are common, and functioning at school or at work may be impaired [1].

In terms of looking for a conceptual framework, the minority stress hypothesis provides a good structure for understanding the increased rates of physical and mental health disparities among the LGBT population. It posits that exposure to anti-LGBT stigma causes the disparities found among LGBT youths. Stigma may be in the form of family nonacceptance; peer bullying; employment or housing discrimination; criminalization of same-sex or transgender behavior; reality-based identity concealment and rejection anticipation; and exposure to discriminatory laws, policies, and societal norms [8].

A 2020 study by Whaibeh et.al published in the Journal of Behavioral Health Services & Research highlights the bulk of sexual and gender minority stress research focusing on LGBT adults, and they called for more research on LGBT adolescents with more attention to the group- and individual-level coping resources, social and family context, and sexual identity development as supported by the study of Goldbach and Gibbs. They further note that assessing expectations of actual acceptance is of unique developmental importance among LGBT adolescents [8].

The study further emphasized that despite the many challenges in reducing sources of social stress, the presence of coping resources is vital to promoting LGBT wellbeing. It gave special emphasis on the importance of family acceptance and school safety as protective factors for gender and sexual minority adolescents. It also highlighted identity formation as a central developmental aspect of adolescence. This makes this stage very important because the development and integration of sexual and gender identity may be strongly influenced by exposure to stigma [8].

Lothwell et al. also highlight the complexity of a patient’s decision to come out. It may be simple if the child has a supportive family and school system but it becomes more complicated when disclosure of gender or sexual minority status may cause harm to the child or adolescent. The coming out process varies for every individual and those who want to show support should consider opportunities to strengthen the relationship between the child and family or caregiver, or if possible, guide caregivers in providing support. This may help in managing possible family crises, and decrease interpersonal and familial conflicts [3].

The same study also touched on gender transitioning and encouraged mental health professionals and allies to help children and families evaluate their options, weigh risks and benefits, and tolerate uncertainty. Gender transition is a highly complex process, and families can be supported in advocating for their child in the school and community (e.g., access to bathrooms at school [3]).

Further, the study pointed to the additional stress that comes from making decisions on transgender-specific social and medical interventions to affirm gender identity. A social transition can be accomplished in many ways and to multiple degrees and may involve no medical or surgical intervention. This includes choosing a hairstyle and clothing that reflect one’s gender identity or using a name and pronouns congruent with one’s gender identity. Social transition can occur across all environments or may be limited to specific settings, such as in the home, at specific supportive events, or on vacation [3].

The study of Whaibeh et al, affirms our 3S framework as it recognizes how minority stress operates at multiple levels—individual, interpersonal, and structural (i.e., laws, policies, and norms), and these underscore the role of access to services at each of the said levels [8].

Here are local and  international LGBT resources that you can check:

Here is a list of Anti Discrimination Ordinances in the Philippines as compiled by Dr. Eric Manalastas: 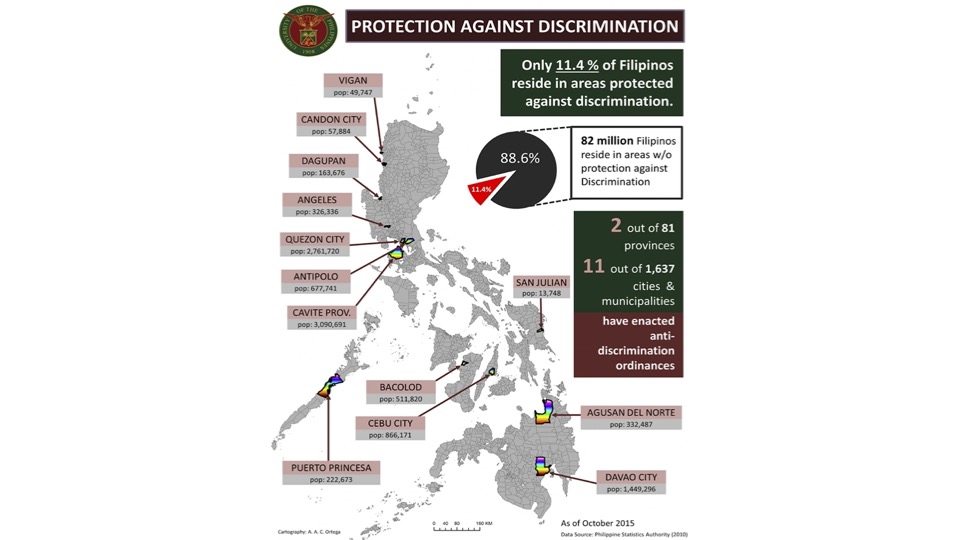 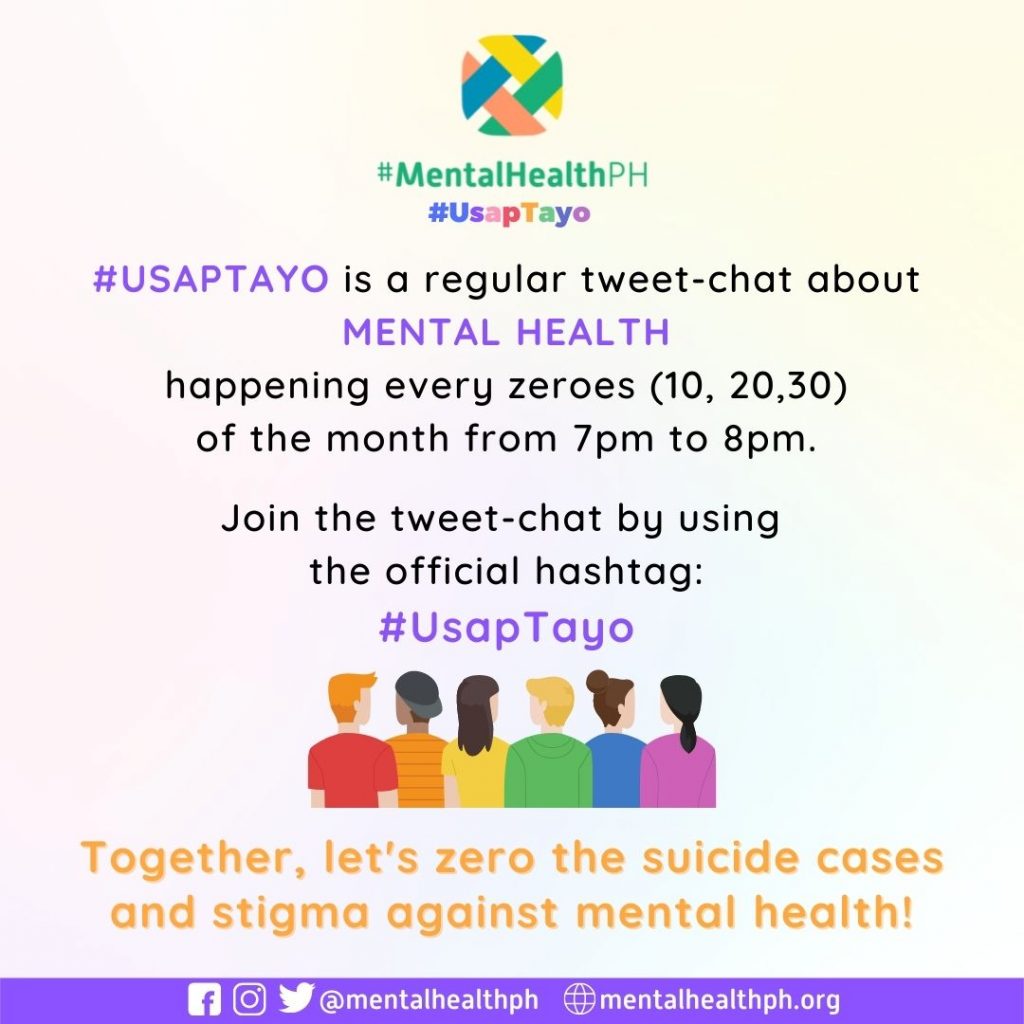 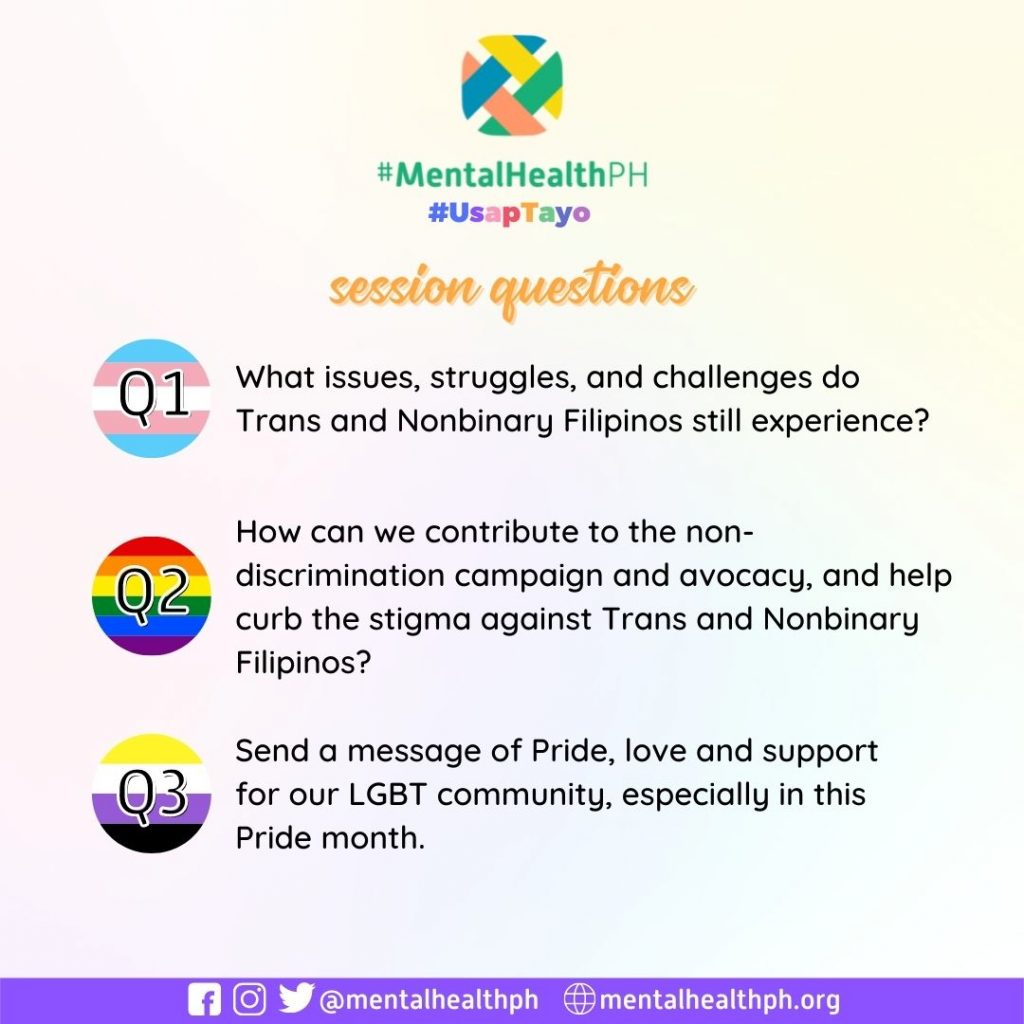 [5] Statement of the Psychological Association of the Philippines on Non-Discrimination Based on Sexual Orientation, Gender Identity and Expression (2020). Retrieved from: https://www.pap.ph/position-paper/11 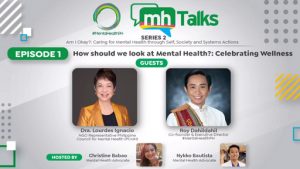 #MHTalks S2E01: How should we look at Mental Health?

This October, MentalHealthPH invites you to follow our four-part #MHTalks series on caring for one’s mental health through Self, Society, 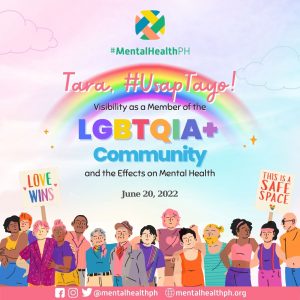 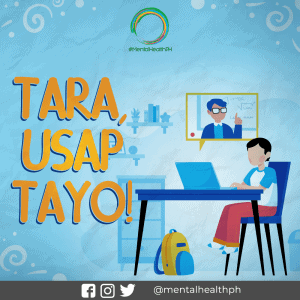 With the continuation of the school opening, students’ outcry surfaced on social media as #AcademicFreezeNOW trends on Twitter. It brought 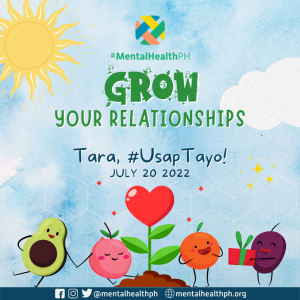